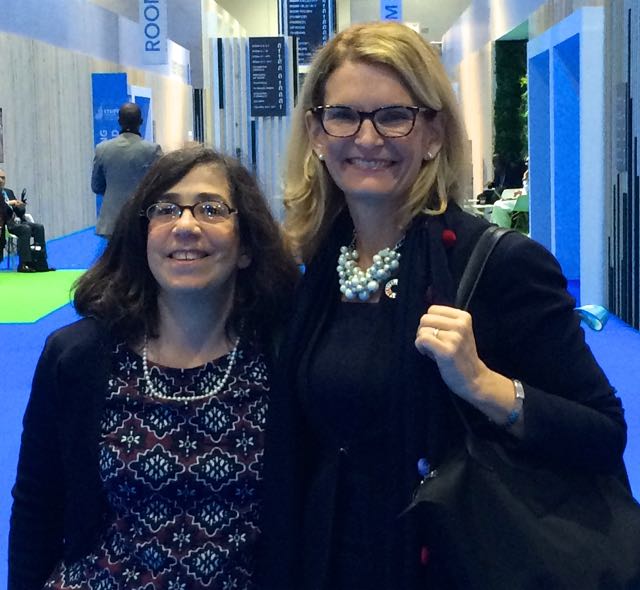 What I saw at the 2018 Plenipot and the impact that politicalization of resolutions has on their success or failure.

This note was originally written to accompany the Washington DC Internet Society event, Plenipot 2018 Debrief: The role and impact of civil society, https://isoc-dc.org/plenipot-2018-debrief-role-impact-civil-society/. It was expanded for this article to cover more areas.

Every four years, ITU member states meet at a three-week conference, the Plenipotentiary (or Plenipot), to set the priorities of the organization for the next period and elect its top five leadership positions. The conclusions of these negotiations determine the trajectory of policy and standards development on issues that impact the future of the Internet.

The Plenipot--a three-week conference which takes place every four years--is the most important event in the ITU's calendar. Here, the national governments which make up the ITU's membership agree on the ITU's Strategic Plan 2020-2023, elect a number of senior positions within the organization, and consider revisions to core ITU documents, such as the Constitution and Convention of the ITU and the ITU???s Resolutions, which set out the mandates of the various ITU bodies. The conclusions of these negotiations determine the trajectory of policy and standards development on issues that impact the future of the Internet. The Plenipot took place this year in Dubai, from the end of October to the middle of November.

However, Unlike ICANN or the IETF, the ITU isn???t a multi-stakeholder community: the key actors at the ITU are Member States. Private industry, technical institutions such as the RIRs, and other organizations can only participate as non-voting Sector Members and often cannot speak at ITU events. As such, civil society finds it difficult to make an impact. It is also why to do so requires much planning and strategies to make an impact and to have its issues brought to the table. Meaningful presence in the Plenipot is an important civil society achievement -- intergovernmental organizations such as the ITU are not designed to naturally incorporate non-governmental voices, even though its decisions broadly affect all stakeholders across the internet ecosystem.

In recent years, issues including online privacy, cybersecurity, and the gender digital divide have become significant flashpoints within the ITU work-agenda, particularly as the focus on the Internet of Things and over-the-top (OTT) services grows.

As we have heard, these proposals could have serious implications for the free and full exercise of civil, political, economic, social, and cultural rights online--rights which people are entitled to online as well as offline-- as well as the achievement of the Sustainable Development Goals of the 2030 Agenda. Several new resolutions and modifications to existing ones sought to broaden the ITU's mandate and sought to limit the right to privacy, fight against surveillance and put a halt to any efforts to reduce the protection of human rights,

For this year's Plenipot, I was one of four fellows attached to the ISOC delegation. As I had been to a previous Plenipot I was helping to mentor the other three fellows who had never been to a Plenipot and several who had not been to any ITU meeting.

There are three main working groups at Plenipot, with the Working Group of the Plenary the largest one. It grouped resolutions under different themes and had 7 different Ad Hoc and 12 different informal groups. Additionally, these groups then broke down into 13 smaller groups. Committee 5 and 6 also had 23 different Ad Hocs and 7 informal consultations. As there are so many adhocs and informal groups many of them met in parallel sessions which made it difficult for delegations to cover them, especially when many were less than 5. Despite Member States asking that there not be parallel session during the Plenipot, as you can see from this very large number of sub-processes, there was no option except to have parallel sessions in Dubai.

Over the Top: Several countries put in proposal on OTT to counter more problematical ones put in by the Arab States and Russia that aimed to expand the mandate of the ITU and specifically the Internet issues to cover and regulate OTT services.

The US and the EU worked put in similar proposals that were aimed not at expanding the remit of the ITU but to continue to study the the economic, policy and consumer welfare aspects of the OTTs; to promote a common understanding among the membership of an enabling policy and regulatory environment for OTTs; and to foster enabling legal and regulatory environments, and develop policies that are transparent, stable, predictable and non-discriminatory; and that promote competition, foster technological and service innovation and encourage private sector investment, in order to ensure the continuing growth and adoption of OTTs that will promote socio economic growth and opportunities at the national and global level.

This adhoc would likely have broken records in the time everyone spent attempting to gain to consensus, (as it was we spent over 30 hours) but in the end because the Chair of the Ad Hoc had to leave a week early, and people were not yet exhausted they were able to compromise and agree on some consensus text that did not expand the mandate of the ITU but allowed it to to raise awareness and promote a common understanding and dialogue among relevant stakeholders for enabling the OTT environment and ecosystem within the remit of ITU; continue fostering studies on OTT aspects, taking into account considering d) and recognizing further d), consistent with ITU's mandate; foster capacity-building programmes among ITU members share best practices.

Connectivity and Access: There were several resolutions under the heading of Connectivity and access such as res 203, Connectivity to Broadband Networks, Bridging the Digital Divide (139), and community networks. This were also Inter-American Proposals as well.

Community networks: The Americas region had put together a joint proposal to showcase how community networks could be another tool to help bridge the digital divide along with changes in spectrum and licenses could help bring connectivity to rural and remote areas. It is critical that countries find new ways to eliminate the digital divide and community networks are another tool in their arsenal. There was a separate resolution on eliminating the digital divide and as such the leader within CITEL of this Inter-American Proposal was asked to merge it with the other with the agreement that several key components of one resolution would be merged with the other. Very quickly we found out that this would be a real challenge as despite the resolution focusing on connectivity every country had a different definition and goal of what they wanted to achieve.

Unfortunately, despite the number of community networks in Africa, Asia, and other places, this resolution got politicized and as such only European countries, developed countries in the Pacific, the Americas region and Ghana supported the proposal. Many late nights were spent trying to arrive at consensus and even with the valiant help of the Ms. Nur Sulyna Abdullah, Chair of the Working Group of the Plenary who came in often and tried her best to bring everyone together with powerful and inspiring works, it did not work. Moreover, agreements that were made on text during an evening the next day would fall apart and even in the end when it was thought a deal had been reached hours later it fell apart as countries were pressured to not agree to a compromise.

What I found shocking was that countries refused to even recognize the fact that community networks existed and also have worked in developing countries to help narrow the digital divide. To me this was shocking since one would think that any proposals involving connectivity would not have any issues with the existence and usefulness of community networks and that they are one of the tools that can help bring connectivity to the region, but as I found out while attending the adhocs, this was not the case. There were several countries that either could not or would not support this resolution. I would have thought that all countries believed in the same fundamental principles, namely Affordability, Universal Access, and that Community Networks can be another tool to use to close the connectivity gap, but shockingly this was not the case. These same countries had such fundamental differences in beliefs from those of other countries and in the end, these issues were ultimately irreconcilable.

AI: At the start, it seemed highly likely that some kind of formal mandate to work on Artificial Intelligence especially since the US, Europe, and other regions had brought proposals to do so. However, in the end, there was no consensus on the scope of the ITU???s work in this area, and no resolution was adopted by the conference. This outcome, however, does not prevent the ITU from continuing to work on AI issues as it has done until now through the different study groups and also through hosting global summits on AI.

Cybersecurity: ITU member states were sharply divided on the extent of the organization's cybersecurity mandate. Some wanted the ITU to become the convener of an international convention on cybersecurity. Others preferred an approach that takes into account the efforts of specialized agencies such as the Inter-American Committee against Terrorism http://www.cicte.oas.org/Rev/en/ the Global Forum on Cyber Expertise, https://www.thegfce.com/ or the current work that other UN related bodies such as UNODC, https://www.unodc.org are doing. After much effort and many hours of deliberations, the latter approached finally prevailed and the ITU will not convene a process for a cybersecurity treaty.

Role of States in Internet Governance: It became obvious in the Plenipot that many countries in the Arab States, Russia, and many African countries were dissatisfied with the multistakeholder model of Internet Governance and wanted the ITU to change this. However, after many hours of debate, the current multistakeholder model prevailed as consensus was not able to be found for that approach.

International Telecommunication Regulations Treaty (ITRs): The ITRs were last negotiated in 2012 at the World Conference on International Telecommunications (WCIT). The ITRs were intended as "the binding global treaty designed to facilitate international interconnection and interoperability of information and communication services." However, many countries including the US, did not signed or ratify the 2012 ITRs as they felt it went too far into encroaching on the internet governance territory which is better served by multistakeholder institutions. Additionally, many felt that in today's world the ITRS are no longer relevant or needed. The 2012 conference was very divisive and was considered by many to be a failure.  In the intervening years the ITU has continued to study this issue and convened a Council Working Group on the ITRs to study it and decide if a WCIT was needed. Since the Council Work Group did not suggest the need for another WCIT these same groups tried to bring the issue to the Plenipot and achieve their desired results. Fortunately, this issue did not advance and no new WCIT will be convened.

What became obvious to all who attended was that there was a stark divide between the Americas, Europe, Oceania, and a handful of other countries on one side and Russia, its allied countries, China, countries within the Arab Region, and most of the countries within Africa in how to approach connectivity, Internet issues, cybersecurity, and Internet Governance. This basic lack of consensus on core issues is a threat to the future of the open Internet and we need to be on guard about this and work to build capacity and awareness to help others better understand the need for an open and interoperable Internet.